What is the Garnet?

Originally extracted in their natural state in the Pyrénnees, the garnet is today mostly mined in countries such as Mozambique, Kenya, Tanzania, Madagascar, Sri Lanka and India.

In Europe the most famous is the Bohemian garnet in the Czech Republic. 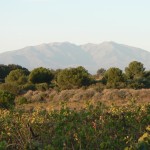 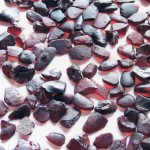 During the successive crystallization processes, involving changes in pressure and temperature, atoms and ions arrange themselves in a regular pattern.

This crystalline structure takes a cubic form and depending on the above processes, results in various types of garnet with different names: Almandine, grossular, majorite, pyrope, spessartite… Differents types of garnet are most of all determined by their chemical composition.

There are three types. Those containing aluminium like pyropes, almandines, spessartite, grossulars, those containing iron, such as andradite, and finally those extremely rare ones containing chromium such as uvarolite.