Before the beginning of the garnet tradition 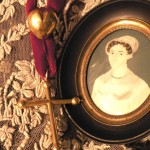 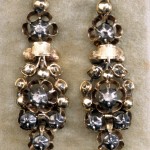 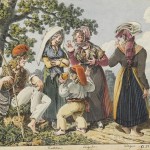 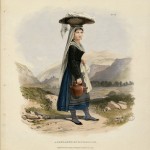 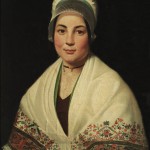 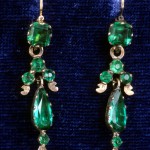 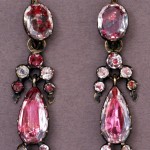 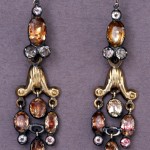 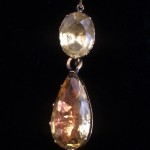 Jewelry symbolizes strong feelings: love, friendship, remembrance of a loved one. But in a region of two cultures sometimes Hispanic, sometimes French, whose relationships were always changing, the traditional craft was preserved.

These precious objects always have always played a part in the culture of presentation of the Catalan population, proud of its heritage, from one generation to the next.

In the first half of the 19th century, with the arrival of a certain political stability, the craft of embossing gold and of mounting cut gemstones into a hollow claw, like topazes, garnets and citrines jewelry, was preserved.

These jewels are caracteristic of this period of the Restoration of the French monarchy. This was to become to classical style of Perpignan Garnet.

The creations of the first half of the 19th century are of two types, first the gold jewelry in a hollow claw like the cross known in French as the croix jeannette, and pendant earrings called carbassettes, after the calabash which they resemble. Second, the gold jewelry with coloured stones and with the caracteristic design of the wings and the tail of a swallow.

This style was already recognized in its time since in 1839: “… Madame Duchesse of Orléans has bought (in Perpignan) various kinds of earrings that Catalan ladies were wearing. And she also ordered several bonnets in the style worn young peasant girls (grisettes) style…”