Napoleon III and the time of the Badines

The legacy of the nobility 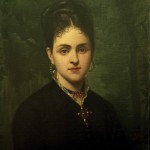 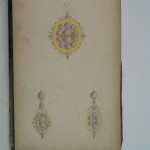 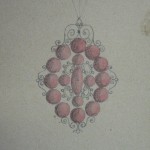 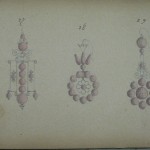 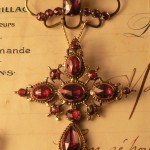 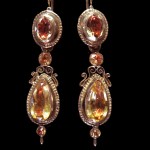 In the Second Empire a new interest about the 18th century gave birth to the decoratives arts in the Pompadour style. Promoted by the Empress Eugénie, attracted by the personality of Marie Antoinette, this trend was to have a great influence on the jewelry culture.

Roussillon contributed to the trends of the day in the form of a prestigious and imposing cross called the badine cross, because of its shivering effect due to a disguised hinge. The creation of a complete set of jewelry with the impressions of the Badine, made this cross the annunciation of the advent of Perpignan garnet. The badine cross is one of the masterpieces of Perpignan garnet craftsmanship.

It has heirloom value and it is also an important mark of nobility for those who wear it. Unfortunately today there are few occasions to wear such gems.