The advent of the Perpignan Garnet

The Garnet in all its forms 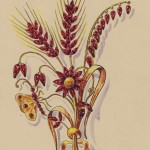 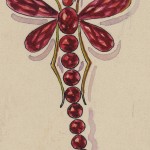 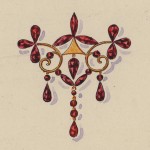 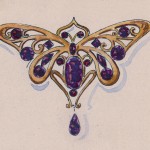 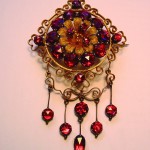 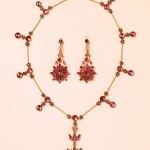 One of the most audacious creations in Catalan jewellery at the end of the 19th century was to totally abandon the mounting of other stones in favour of the garnet, with its subtle compositions, in advance of its time.

Through their mastery and a perfect adaptation to the market, the jewellers at the end of the Second Empire were able to breathe a new life into their gems, in a line which continues until today.

The gems mounted in a closed claw setting continue, from now on, the classic line of the Perpignan garnet.

If ancient garnet jewelry is often of a small size, some on the other hand are created in a sumptuous style, testimony to their success among the grande bourgeoisie at the local and the national level.

This brooch shows the skills of the jewellery craftsmen, who often worked in undesirable conditions. The beginning of the workers’ union movement occurred at the end of the Great War. Its articles were promulgated from the 11 of November 1918. Following that the jewellers’ profession incorporated a large number of those wounded and disabled in the war.